I posted quite a few polls recently regarding the card layout & card frames because I wanted to finish up the new look for the game. I recently converted multiple sets of Crazier Eights including Camelot and the jumbo version of Camelot because I need to have them printed to show them off at DunDraCon.

What were the poll results?

I considered the following two options for multicolored cards based on the regular and wild card frames. 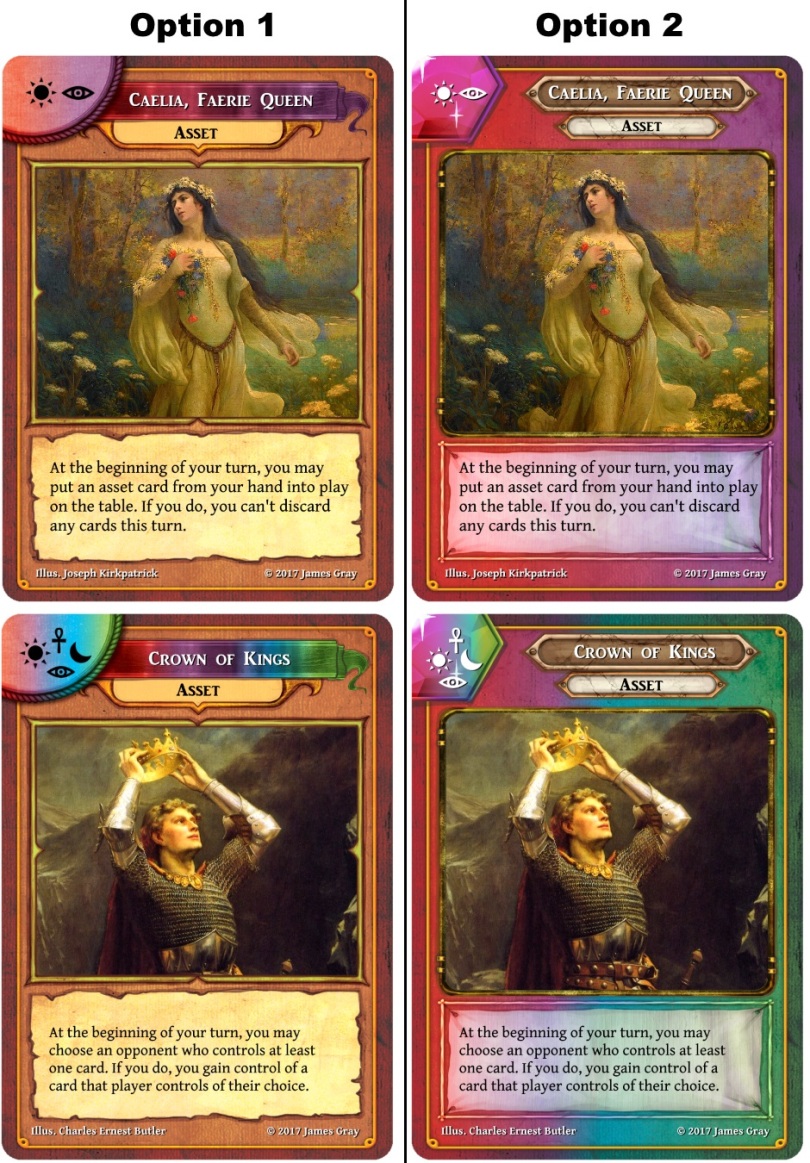 The first option one. The website poll was 3-1 in favor of the colorful ribbon for Multicolored cards. Other polls on Facebook added to 9-5 in favor of it. I might look into some other options, though. 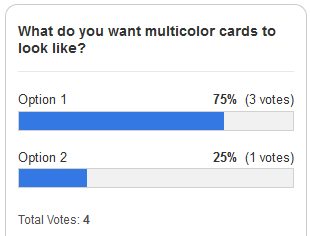 I was wondering if the wild cards should have a brown title area. 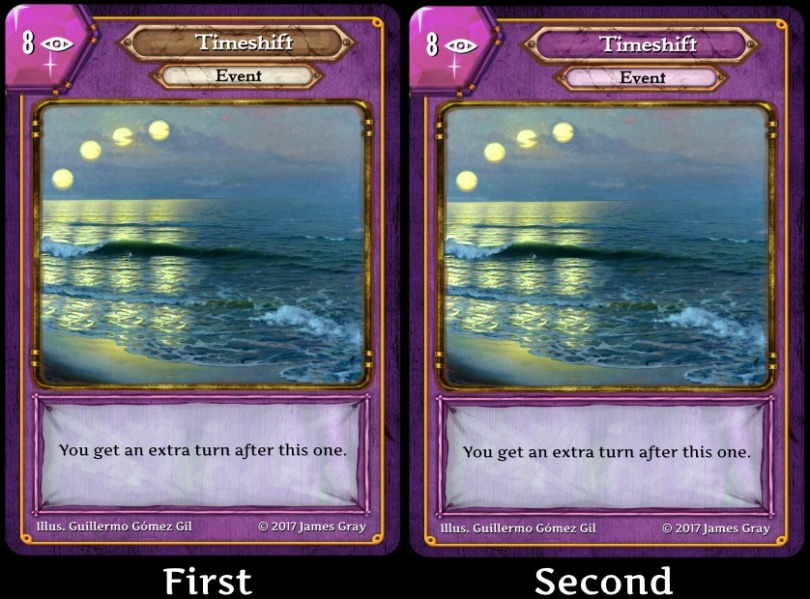 I was considering which card frame should be used for the regular and multicolored cards. The first option won for regular cards.

I was considering different fonts that could be used for different parts of the card.

The title font is probably the most important and proved to be more controversial than I expected. On the website it was nearly unanimous — Optimus Princeps won by 7 to 1.

However, on Facebook people preferred Ar Julian by far. In one poll 50 voted for Ar Julian and only 18 voted for Optimus Princeps. I think the reason is that the images are smaller on Facebook and people preferred the font they could read better. I decided to side with Ar Julian both because it got more votes overall and because being easier to read can be important (even if mainly at a distance).

Here were the options: 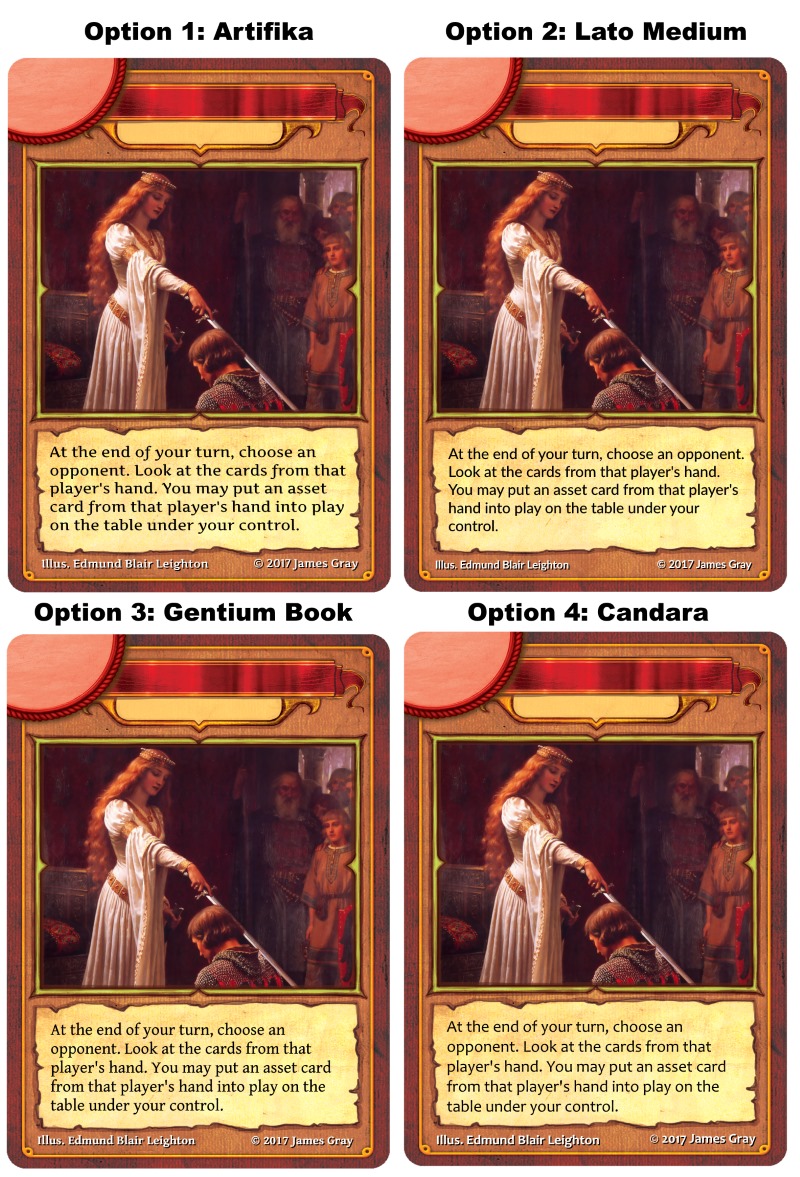 Here were the options:

I am considering using card frames that are more like the originals and I had a poll regarding these four options. I can use more feedback on this still. Go here to take a look.