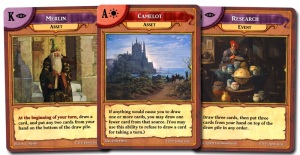 A combo is a strong combination of cards. They are cards that synergize in a powerful way. Trying to get a combo is one of the more interesting strategic options when playing Crazier Eights, and Crazier Eights: Camelot has some strong combos. Let’s take a closer look at three types of combos found in Camelot. 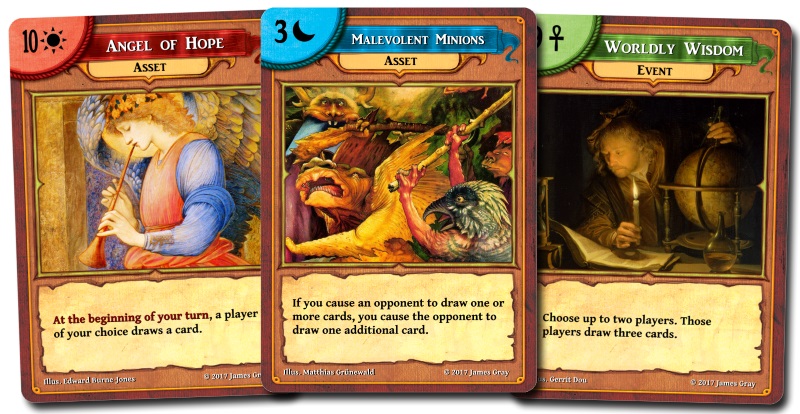 Malevolent Minions causes opponents to draw an extra card when you cause them to draw cards. It does nothing by itself, but it’s better than usual with cards that make more than one opponent draw cards, such as Worldly Wisdom. You get to make both players draw an extra card. 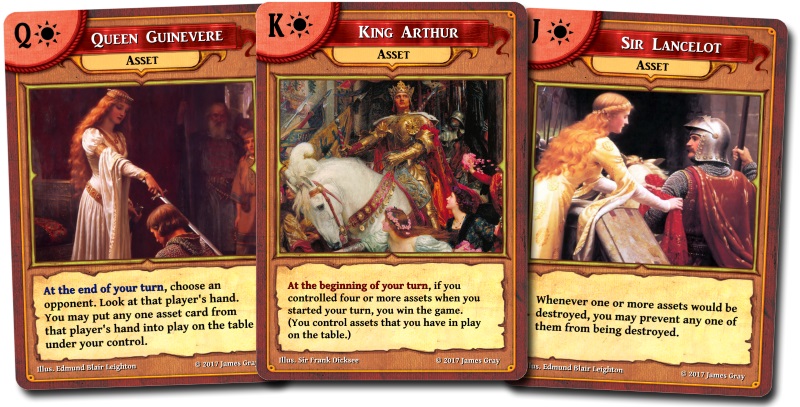 King Arthur causes you to win when you start a new turn with four or more assets in play on the table. There’s multiple cards that are good with King Arthur, but Queen Guinevere and Sir Lancelot are my favorites.

Guinevere can get you more assets to speed up your victory by taking an asset from an opponent’s hand every turn. She helps opponents get cards out of their hand, but King Arthur can help you win with her before they have zero cards in  hand.

Lancelot can help one of your assets survive by preventing it from being destroyed every time any would be destroyed. King Arthur is delicate and there’s multiple ways opponents can try to get rid of him, but Lancelot can guarantee his survival from cards that would destroy him. 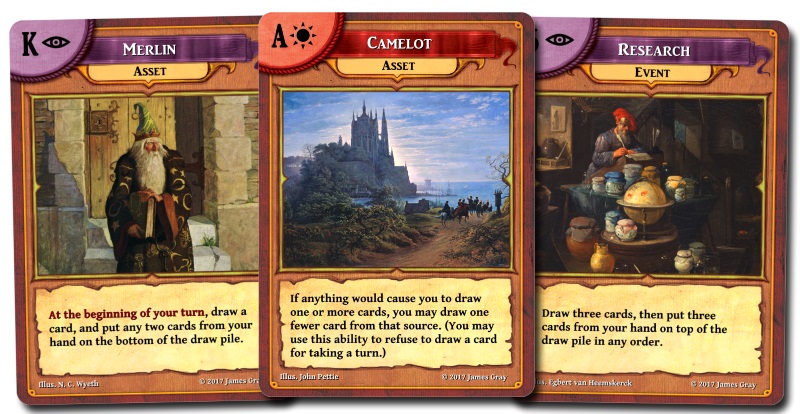