Some friends thought it would be a good idea to use the card type “Asset” or “Ongoing” rather than “Permanent.” The rules would stay the same, but the card type would just be called something else. Some people might think the term “permanent” is too much like Magic: the Gathering. It would take some time to change all the cards and rules.

What do you think? I will make a decision two days from now (on Tuesday Night). 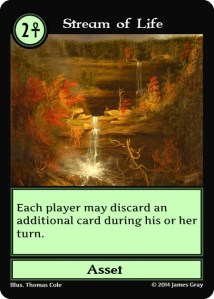 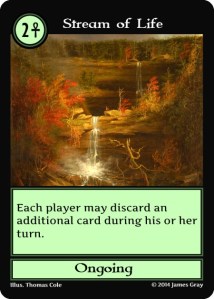 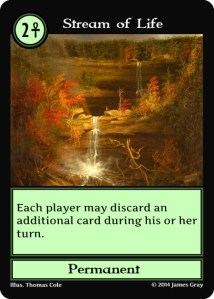